Better Tomorrow
Home Wealth China slashes rates of interest——once more—in a bid to shore up a... 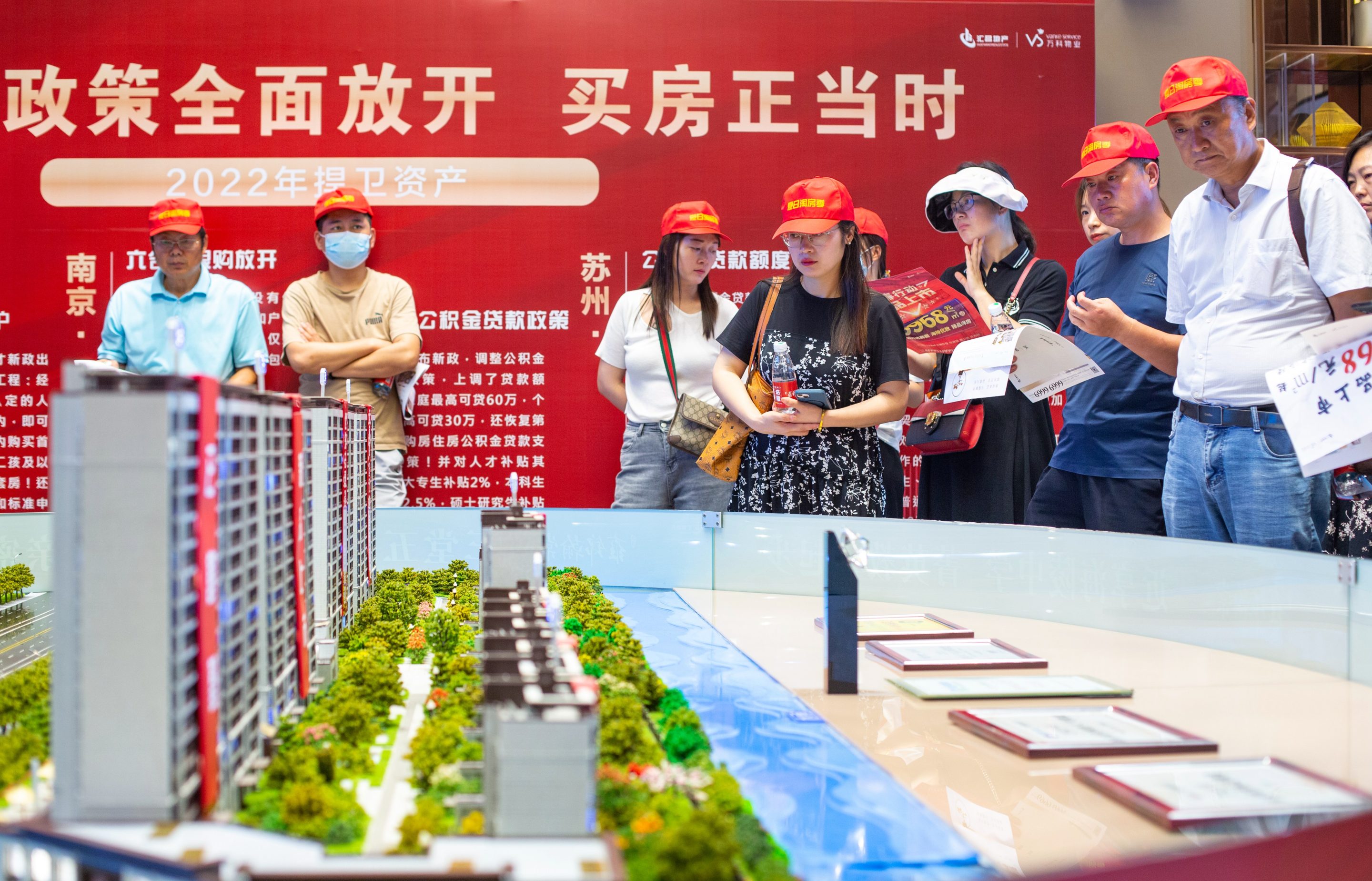 On Monday, China’s central bank slashed its key lending rates in a bid to help its ailing economy, and deepening real estate crisis.

The People’s Bank of China (PBoC) trimmed its five-year Loan Prime Rate (LPR)—the benchmark for mortgages—by 15 basis points to 4.3%. The central bank already cut the five-year LPR by the same amount in May—the biggest reduction since 2019. On Monday, the PBoC additionally trimmed the one-year LPR by five basis points to 3.65%.

China’s property crisis has worsened in recent months, as hundreds of thousands of homebuyers began protesting and refusing to pay their mortgages due to stalled and delayed housing projects. The mass mortgage boycotts means that crumbling consumer confidence could hamper any real estate recovery, “which will eventually ripple through the domestic economy,” credit rating agency Fitch said in an August report. Real estate and related industries account for 25% of the nation’s GDP.

Trimming interest rates is an attempt to lower interest payments on developers’ outstanding loans, and decrease the price of new loans. The government will also provide special loans to help its debt-laden property developers complete paused housing projects, Chinese state media Xinhua reported on Friday, citing a joint statement from China’s central bank, finance, and housing ministries. The size of the lending program is nearly $30 billion, according to a Bloomberg report.

China’s actions show that it knows it needs to do something to address its worsening housing crunch, but its efforts won’t be enough to solve its deeply entrenched housing crisis, analysts say.

“We expect additional easing to follow in the coming months, but policymakers still appear reluctant to engineer a sharp pick-up in credit growth,” Sheana Yue, China economist at research firm Capital Economics, wrote in a Monday note. “Policy is being eased, but not dramatically.”

China lowering its interest rates might seem like a big move, but it will do little to alleviate citizens’ housing concerns and stabilize the housing market, according to experts.

“This will push mortgage rates further down, but it will not be enough to turn the negative tide,” Alicia Garcia-Herrero, chief economist for Asia-Pacific at French investment bank Natixis, wrote on Twitter. “Households no longer want to purchase property as they fear that projects will not be completed, but also [fear] lower prices in the future,” she said.

The weakness in loan demands is “partly structural, reflecting a loss of confidence in the housing market and the uncertainty caused by recurrent disruptions from China’s zero-COVID strategy,” Yue wrote. “These are drags that can’t be easily solved by monetary policy.”

It could cost up to 6% of China’s GDP to shore up property developers’ balance sheets, Neil Shearing, group chief economist at Capital Economics, said in a Monday note.

Beijing is wary of a huge bailout for property developers in case it shifts the whole burden of responsibility onto the central government. It wants local governments to step up, Houze Song, a fellow at think tank the Paulson Institute focusing on the Chinese economy, wrote in a report last week. “No major central government bailout is on the horizon, because Beijing will likely wait and see how local governments proceed for some time,” he said.

At a housing fair last week, Deng Bibo, the county party secretary of China’s Hunan province urged “all comrades [to] buy one property, then a second one. If you purchased a second one already, then buy a third. Bought a third? Then buy your fourth.”

Deng’s speech went viral as Chinese social media users made fun of his speech. One user wrote sarcastically on Douyin, the Chinese version of TikTok: “It’s as simple as buying vegetables at the market.”

Yet local governments may not have the ability to help its developers. Local authorities of Zhengzhou, a city in China’s east-central Henan province, have allocated $12 billion to bailout developers—the bulk of which is derived from local government financing vehicles (LGFVs) and banks. But as Song highlights in his research, the city’s LGFVs are broke.

“Zhengzhou’s LGFVs are likely in worse shape than the property developers they’re supposed to rescue. The city government is calling on [them] to contribute at least $3 billion to the bailout fund, but the LGFVs themselves have racked up more than $15 billion in losses and tripled their debt to more than $105 billion since 2015,” Song wrote.

As a result, Yue anticipates that any additional support from Beijing “will fall short of driving a strong recovery.”

The Science Behind Deload Weeks Defined