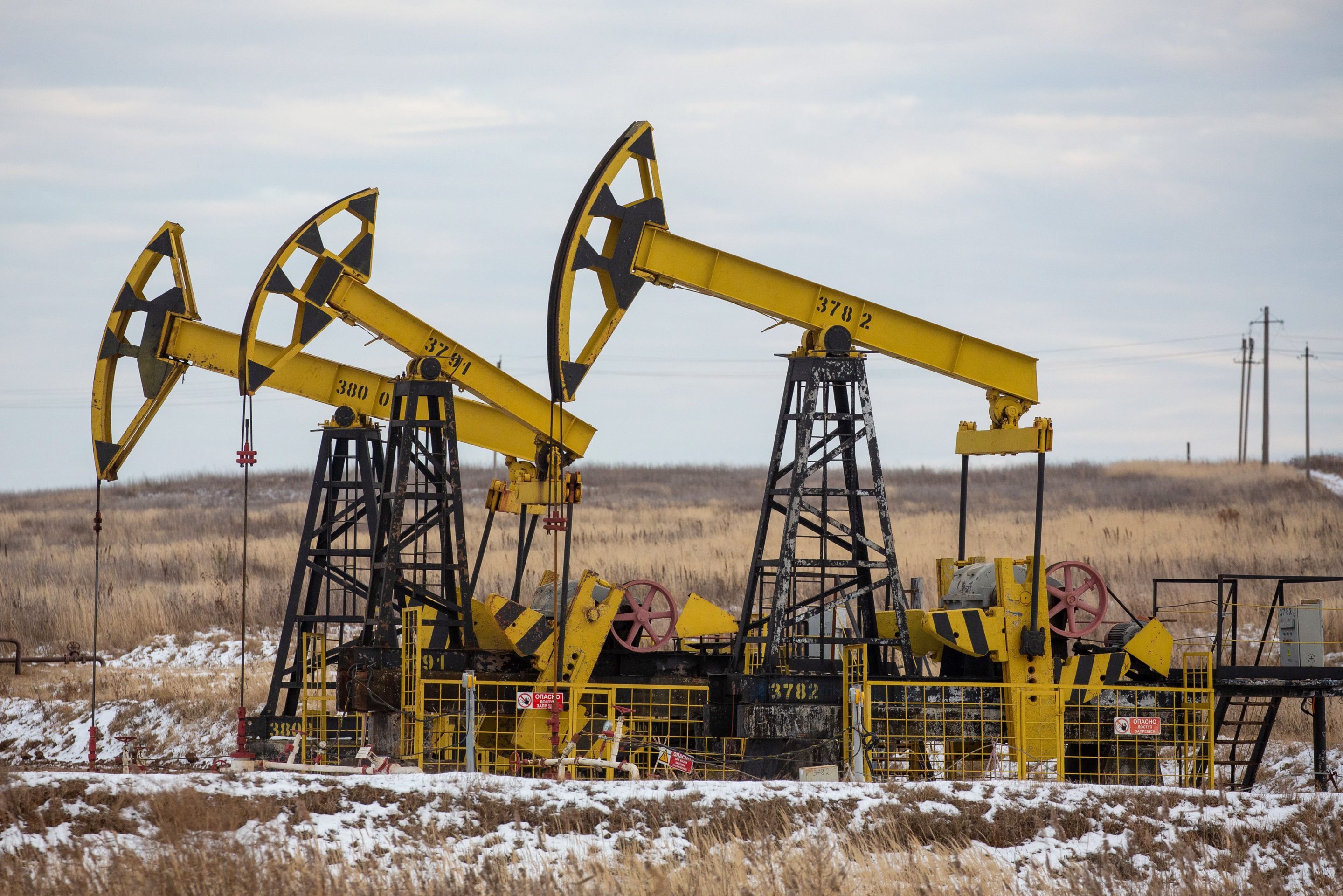 The Group of Seven most industrialized countries said they plan to implement a price cap for global purchases of Russian oil—a measure the U.S. hopes will ease energy market pressures and slash Moscow’s overall revenues.

“We confirm our joint political intention to finalize and implement a comprehensive prohibition of services which enable maritime transportation of Russian-origin crude oil and petroleum products globally,” G-7 finance ministers said in a joint statement. “The provision of such services would only be allowed if the oil and petroleum products are purchased at or below a price (“the price cap”) determined by the broad coalition of countries adhering to and implementing the price cap.”

The ministers said they plan to implement a price cap in line with the timing of European Union sanctions on Russian oil set to kick in on Dec. 5. The statement, which notes that all EU nations will have to sign off on any sanctions changes, didn’t provide a dollar range for the eventual price cap.

“The initial price cap will be set at a level based on a range of technical inputs and will be decided by the full coalition in advance of implementation in each jurisdiction,” the ministers said in the statement. “The price cap will be publicly communicated in a clear and transparent manner.”

The G-7 plan, which is part of broader efforts to punish Russia for its military invasion of Ukraine, would allow buyers of Russian oil under a capped price to continue getting crucial services like financing and insurance for tankers.

Oil prices slightly pared gains on the news the G-7 was nearing a deal as traders grappled with the probability of such a regime being imposed and any impact that might have.

To implement a cap, diplomats will have to convince European Union member nations to amend its sixth round of sanctions on Russia over the invasion of Ukraine—and that may still prove to be tough. That package, which prohibits the purchase of Russian oil starting Dec. 5, included a ban on the use by third countries of the bloc’s companies for oil-related insurance and financial services.

But it remains unclear how effective a price-cap regime would be, particularly since some of Russia’s biggest buyers haven’t agreed to join. India is reluctant to formally join a price-cap scheme, since its industry worries it could lose out to other buyers on the chance to buy discounted Russian crude, according to people familiar with the views of Indian firms.

U.S. Deputy Treasury Secretary Wally Adeyemo visited India last month, where he said the coalition for putting a price cap on Russian oil has broadened and a number of countries have joined, while declining to name them.

“Quite extensive measures are going to have to be taken to ensure that companies don’t’ find ways around price limitations,” said Richard Watts, the managing director at Geneva commodities trading advisory HR Maritime. “This was the challenge in Iraq’s food-for-oil scheme in the 1990s. The question is how does the G-7 police this?”

It also won’t be easy to get the EU’s full backing. Hungary, which has maintained closer relations with Russia, held up agreement on the original sanctions package for weeks as the bloc tried to reach a deal on targeting Russia’s energy sector. Budapest has signaled that it would oppose any oil price cap, signaling another potentially awkward political fight.

Russia said Friday that it won’t sell oil to nations that impose a price cap on its oil. “We simply won’t interact with them on such non-market principles,” Kremlin spokesman Dmitry Peskov told reporters on a conference call, adding that Russian oil will find alternative markets.

The U.S. and its allies have grappled with how best to sanction Russia after its invasion rattled energy markets and sent crude prices soaring. The G-7—which also includes Germany, the UK, France, Italy, Japan and Canada—pledged earlier this year to curb reliance on Russian energy, including “by phasing out or banning the import of Russian oil.”

G-7 leaders announced at a June summit in Elmau, Germany, that they would examine the price cap plan. But German Chancellor Olaf Scholz insists that the price cap can only work properly if it’s introduced globally and supported by more than just the G-7 countries. The backing of big buyers of Russian oil, such as India and Turkey, is seen as particularly crucial.

“The price cap fundamentally lacks impact unless the G-7 can persuade the other main buyers (i.e. China, India, Turkey, etc) to sign up,” Christopher Haines, a global crude analyst at consultant Energy Aspects, said in an emailed response to questions. “They are all reluctant despite the offer of exemptions from Western financial and shipping insurance sanctions. Meanwhile Russia will be determined to undermine the policy for both political and economic reasons.”

U.S. officials have argued that the price cap could work even if many buyers don’t officially join the coalition, since they could still use the system for leverage in contract negotiations with Moscow to negotiate lower prices.

Another key factor will be at what level the price cap is set. U.S. officials have suggested they intend to fix it slightly above Russia’s marginal cost of production, according to a person familiar with the matter, although the final level would depend in part on the global oil price when it comes into effect.

White House Press Secretary Karine Jean-Pierre on Thursday said the measure, if adopted, would cut President Vladimir Putin’s oil revenue overall by “forcing down the price of Russian oil to help blunt the impact of Putin’s war at the pump.”

—With assistance from Josh Wingrove, Archie Hunter and Kwaku Gyasi.

Fortune’s International Sustainability Discussion board: Progress over perfection is the aim for sustainable finance

Quotes About Language Studying – Free Posters for the Classroom

How Typically Can You Do CoolSculpting? – Credihealth Weblog