Hargreaves Lansdown has been hit with a lawsuit on behalf of thousands of investors in Neil Woodford’s fund, the first time the FTSE 100 funds supermarket has been sued over its promotion of the once star stockpicker.

RGL Management, a claims management firm, is seeking hundreds of millions of pounds in compensation for investors from Hargreaves Lansdown and fund administrator Link Fund Solutions in a lawsuit filed in the High Court.

The lawsuit is the first to target Hargreaves Lansdown, which recommended Woodford’s funds on its influential “best buy” list of investments until the £3.7bn vehicle was suspended in 2019.

Both Hargreaves Lansdown and Link have repeatedly rejected the allegations against them. The companies declined to comment on the lawsuit from RGL.

Two other law firms, Leigh Day and Harcus Parker, considered the case against Hargreaves Lansdown but decided to only pursue Link as a simpler way to try to recover money.

“The RGL Group is resolute that both Hargreaves Lansdown and Link should be held accountable,” said Alexander Weinberg, partner at law firm Wallace, which has been hired by RGL to handle the case.

Around 300,000 investors had their money trapped in Woodford’s flagship fund when it was frozen in June 2019.

More than 130,000 Hargreaves Lansdown clients were invested in the Woodford fund in June 2019, according to a letter from chief executive Chris Hill to the Treasury Select Committee at the time.

Hargreaves Lansdown urged Woodford to address the growing share of the fund invested in small and private companies in 2017, according to the letter. However, the platform maintained its recommendation until the day the fund collapsed.

Lawyers for RGL will argue that absent Hargreaves Lansdown’s recommendation, investors might not have bought the fund, or would have sold out as Woodford began to struggle. It claims the company failed its legal duties to customers by not doing enough to communicate its concerns about the fund.

Claims against the FTSE 100 group open a potential new means of recovering money for Woodford investors.

The claims against Link argue that it failed its legal obligation to oversee the fund, allowing liquidity problems with Woodford’s high allocation to private companies to escalate to the point where it struggled to repay investors who wanted to exit. 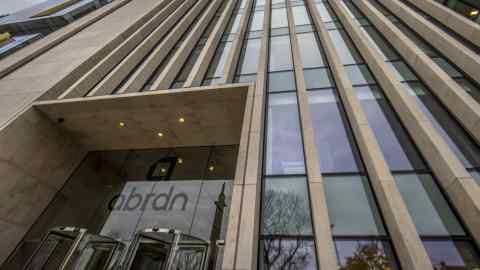 Link Fund Solutions already faces demands for more than £300mn in penalties and compensation from the Financial Conduct Authority, and its Australian parent company has said it will not foot the bill if any successful claims arising from Woodford are more than the UK company can pay. Link disagrees with the FCA’s assessment.

Lawyers expect the court will set a deadline in the first half of next year for the claimant groups to sign up investors.

Snap co-founder Evan Spiegel’s internet price has fallen 83% prior to now yr, and...

This is what occurred when clients have been requested to pay additional for dipping...