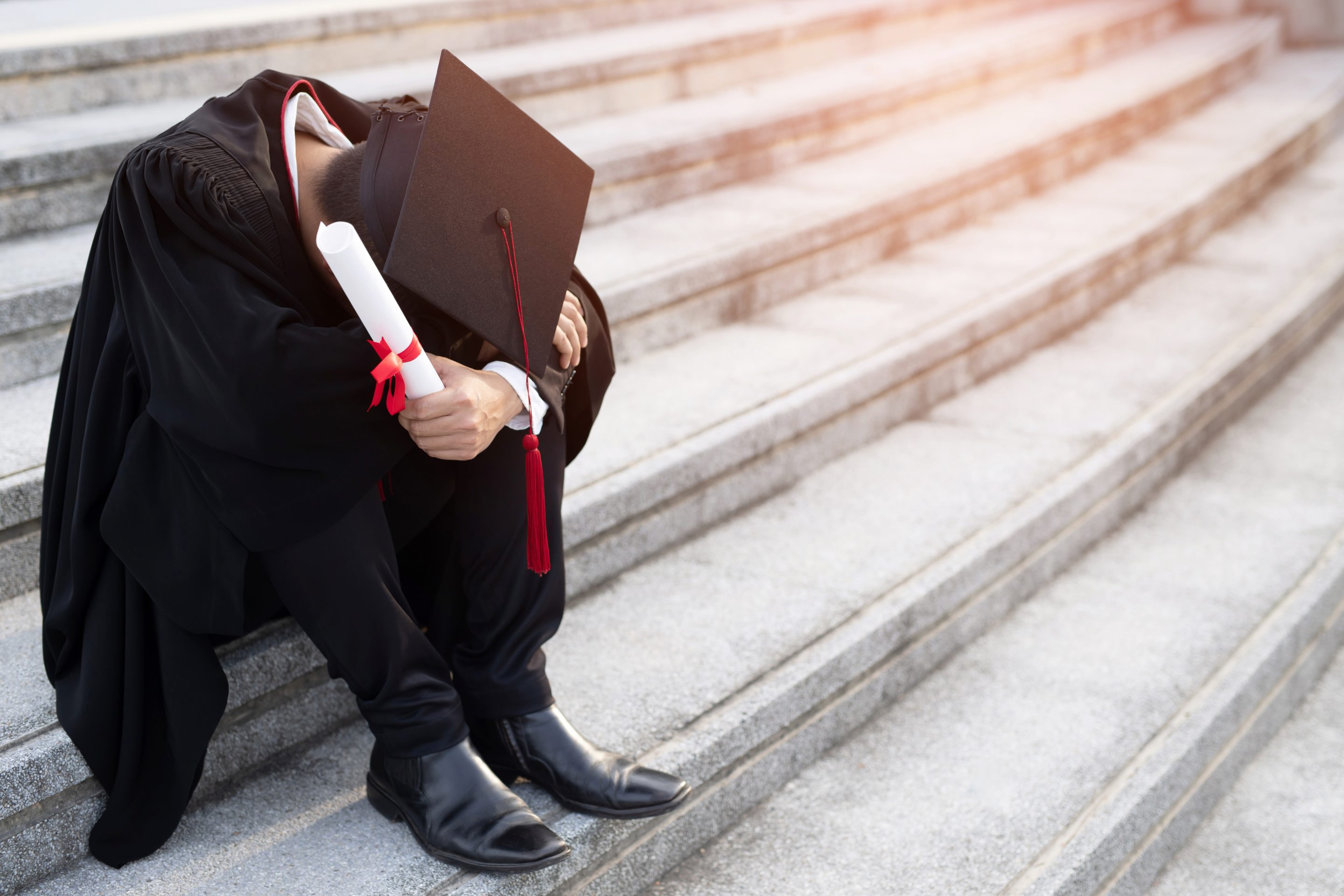 Go to college and you improve your chances of earning more money over the course of your career. That—plus a good party here and there—is the entire pitch that’s had roughly 40% of Americans with college degrees buy into the pursuit of a more prosperous future.

But, like an early 2000’s ShamWow infomercial, what you end up with when all is said and done doesn’t quite live up to what you were sold. Student loans, which roughly 70% of college grads rely on to fund their education, have stifled the once promised pathway to a middle class life, according to a new report from nonpartisan research organization the Jain Family Institute.

The report questions the assumption that student loans and the cost of college ultimately pays for itself in the long run as borrowers’ earning potential increases. It found that debtors have struggled to substantially pay down loans even 10 years after graduating. Looking at a cohort of borrowers from 2009, the report highlights that 50% of undergraduate debtors hadn’t repaid their loans. Across different types of loans, borrowers owed between 50% to 110% of their original loan 10 years after repayment began.

That figure is felt more acutely among Black and Latino borrowers, where roughly 75% and 60%, respectively, had balances above the original loan amount—compared with 50% of white borrowers.

“If college was truly equipping borrowers with a steady and reliable wage premium, after a normal 10-year amortization schedule the percent of student debt unpaid would approach zero,” writes Laura Beamer, author of the report.

Beamer makes the argument that wealth is more important to the discussion than earning higher incomes. The majority of outstanding student loan debt, whether borrowers have earned more or not, is held by those in the bottom 25% of wealth distribution.

“Being a high income borrower does not equate to being wealthy,” she writes. “Financing education through debt exhibits a regressive distribution across income, race, class, and gender.”

A college degree is undoing the American Dream

Getting a college degree has long been heralded as a staple to the American Dream, viewed as the path to wealth that will eventually buy a house in suburbs with a white picket fence. But the Jain Institute report shows that’s no longer the case.

In its announcement proposing the up to $20,000 student loan forgiveness program, the Biden Administration wrote that “the cost of borrowing for college is a lifelong burden that deprives them of [a middle-class life].”

This burden, the Jain report parrots, is especially felt for borrowers who are nonwhite, low-income, and women, who often more likely need to take out student loans.

Even if their degree does mean they’ll earn more than they would have otherwise, other systemic factors present in the workforce prevents the cost of the debt—which is higher than that of male, white, upper-class borrowers—from paying for itself.

“The system persists due to an overly simplistic idea: A typical college graduate earns more than a typical high school graduate. On the surface, this data point makes public and private student loans appear a worthwhile investment,” Beamer writes.

“Student loans remain the only viable option to millions of Americans to close funding gaps,” she continues. “The Biden cancelation plan provides significant relief for millions of these disadvantaged borrowers, but, absent systemic change to the higher education financing system, regressive borrowing trends exhibited within this report are unlikely to change.”

Faith and spirituality could possibly be a key element of higher coronary heart well...

Here is How Eddie Corridor is Consuming Forward of His Return to Strongman in...

Lymphoma most cancers Therapy and Causes

As a Michigan Educator, You Might Qualify for Insurance coverage Financial savings