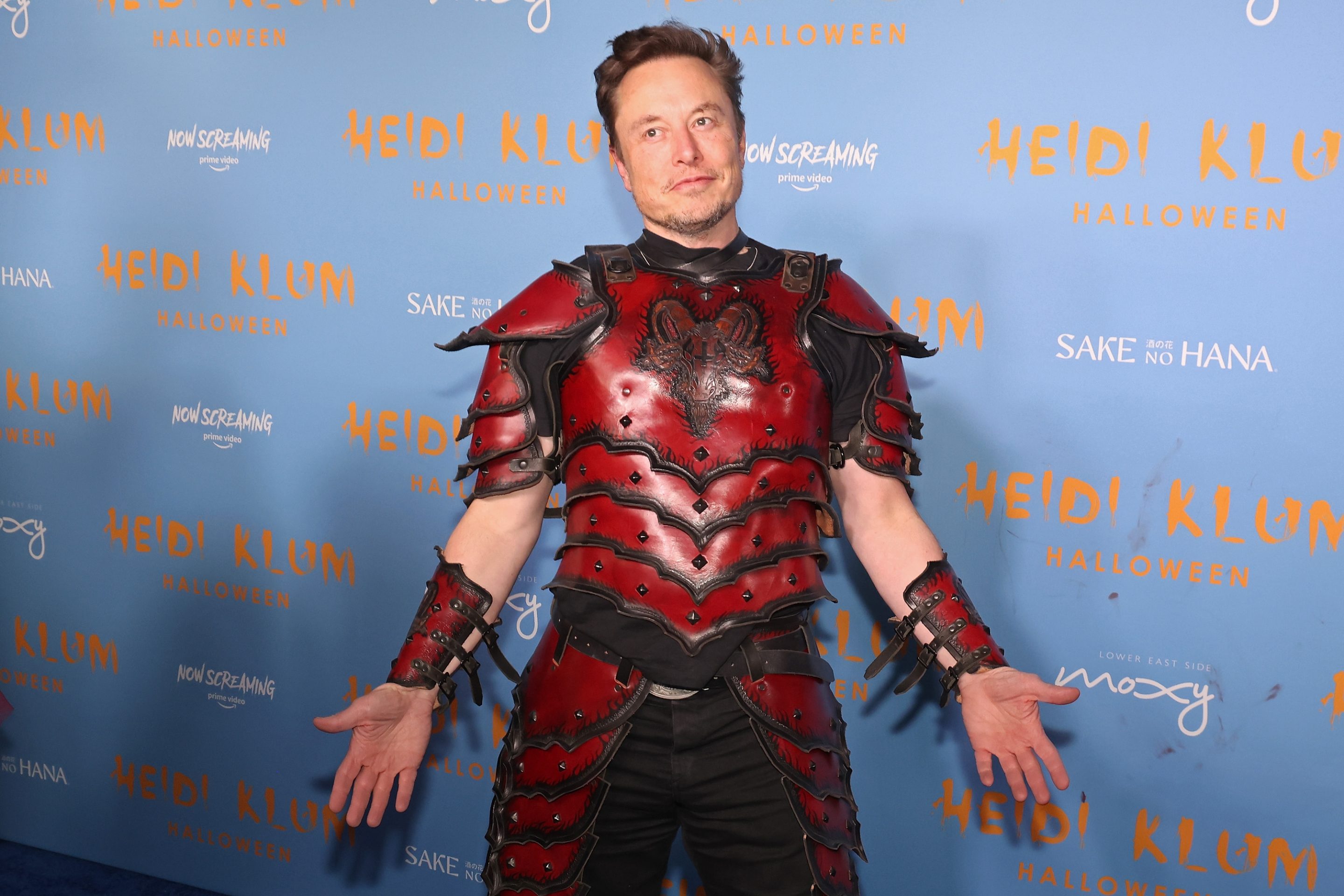 New Twitter owner Elon Musk floated the idea of selling the coveted blue checkmarks on the service, used to identify verified high-profile users and weed out imposters, for $8 a month.

“Twitter’s current lords & peasants system for who has or doesn’t have a blue checkmark is bullshit,” Musk tweeted on Tuesday. “Power to the people! Blue for $8/month.”

Musk said that charging users for verification would give Twitter a revenue stream to reward content creators. The idea, which has yet to be finalized, comes just days after he acquired the service for $44 billion as part of a plan that includes taking the company private.

Musk, who is also CEO of Tesla, made the comment about user verification following an exchange on Twitter with horror author Stephen King, who had complained about Musk’s plan to charge users $20 per month for the blue check marks. After King said that Twitter should pay him to use its service, and that he’d leave if he had to pay $20, Musk responded: “we need to pay the bills somehow! Twitter cannot rely entirely on advertisers. How about $8?”

Users who pay would get priority in replies, mentions, and searches—which Musk says is essential to defeating “spam/scam” accounts. Users would also be able to post longer forms of audio and video on the service and would see half as many ads. Musk later added that public figures who don’t pay would still get a secondary tag below their name to identify them as legitimate. That sparked its own back-and-forth, with some users asking who would be considered a public figure.

But whether it’s $20 or $8, many Twitter users are unhappy about Musk musing about charging verified users.

Venture capitalist Jason Calacanis, who is serving as one of Musk’s advisors on the Twitter acquisition, and has put his name in as a possible CEO, posted a poll on Twitter over the weekend asking how much people would be willing to pay for a blue checkmark. The options were: $5, $10, or $15 a month, or nothing at all. As of Tuesday afternoon, nearly 82% of the nearly 2 million votes were for the “wouldn’t pay,” option. Musk, on the day the poll was posted, responded by saying “interesting,” but seems intent on going forward with the plan to charge users.

Twitter users complained that paying for verification would defeat the purpose of differentiating high-profile users from any imposters.

“What would even be the incentive to be verified if it’s something you pay for? It would no longer be an indicator of anything other than you pay $5 a month. It only sounds desirable now because you can’t pay for it,” a verified user wrote.

Another user with a blue checkmark tweeted: “the point of Twitter verification is that for certain individuals/organizations it’s useful to be able to verify their statements are coming from them. (This is why so many journalists/reporters are verified.) It’s supposed to help combat disinformation, not be a status symbol.”

Others questioned how paying would eliminate “bot” accounts, like Musk suggested.

“So I can create an account with [a] celebrity name, pay $8 and everyone will believe I am actually this person,” another verified user wrote. “How on earth will this help in the fight against spam/impersonating on social media?”

TechCrunch’s security editor tweeted about instances of phishing since Musk made his verification plan public—including a screenshot of a scam email designed to look like it came from Twitter asking for personal information.

“Twitter’s ongoing verification chaos is now a cybersecurity problem,” he wrote. “It looks like some people (including in our newsroom) are getting crude phishing emails trying to trick people into turning over their Twitter credentials.”

In the week since acquiring Twitter, Musk has had to grapple with a number of problems including a surge in hate speech. But he seems to be amusing himself, switching his bio from his initial self-declared title of “Chief Twit” to “Twitter Complaint Hotline Operator” and posting memes of himself.

The Russian nationalist strain on Putin

The way to Choose a Rehab – Credihealth Weblog