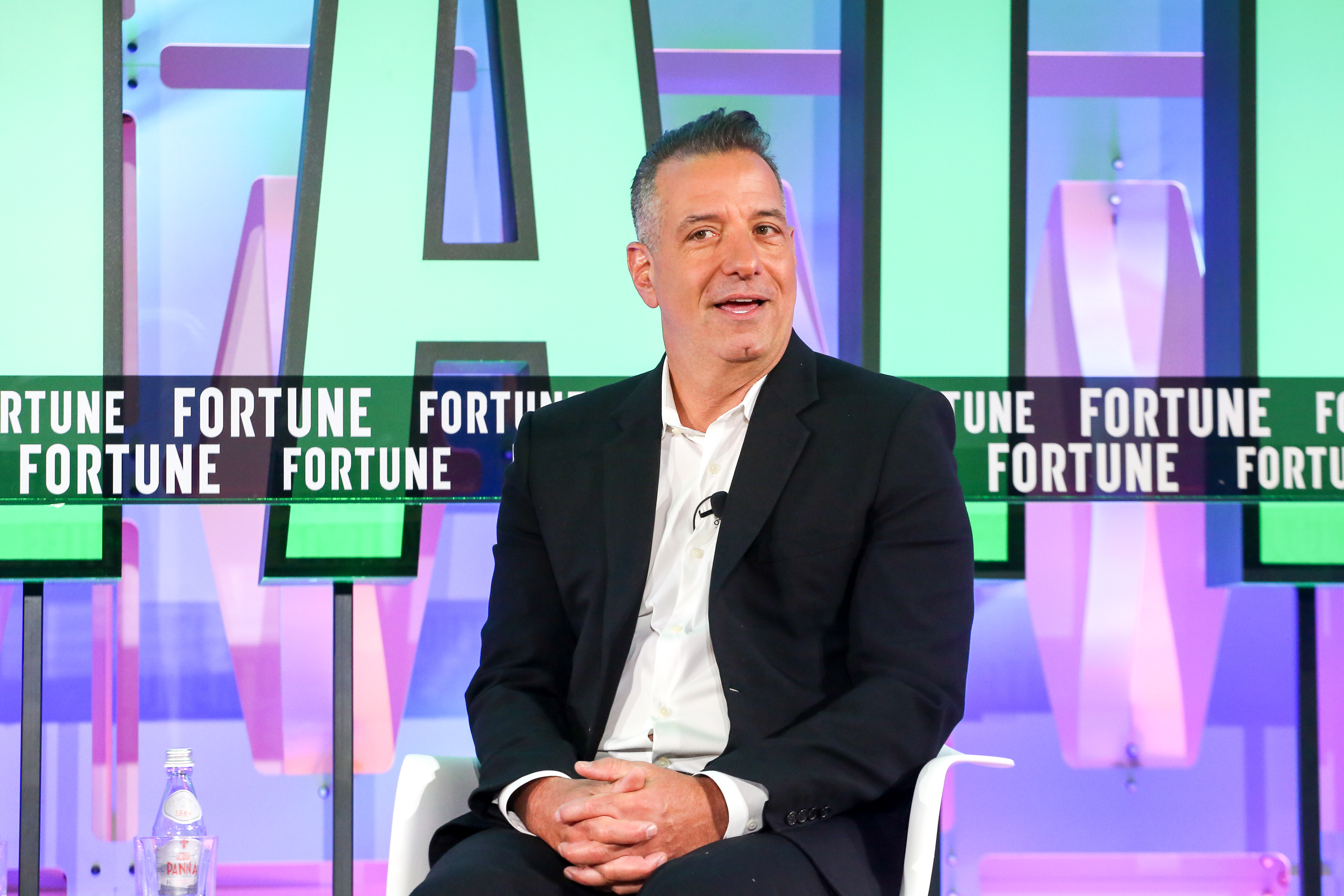 To many, being a world famous influencer may seem like a perfect life. The D’Amelio family was catapulted into fame when daughter Charli started making viral TikTok dance videos in her bedroom in Connecticut in 2019. The family has since moved to Los Angeles and built a lucrative business model to monetize their fame: an estimated $70 million from sponsored ads on their pages, clothing lines, and a reality show on Hulu.

Yet Marc D’Amelio, speaking at Fortune’s CEO Initiative in Palm Beach, Fla. on Thursday, acknowledged that the level of public scrutiny has impacted the mental health of his two TikTok famous kids, Charli and Dixie, and at times made the family question whether their life in the public eye is worth it.

“I can’t stress to you how normal and great our lives were two years ago,” D’Amelio said, describing a happy, quiet family life in the suburbs of Connecticut. Now, in family meetings, the D’Amelios ask themselves, “Are we happier now than we were before? And the story’s not fully written yet,” he said.

Yet D’Amelio also emphasized that coming from a basis of security when entering the influencer industry has given Charli and Dixie the freedom to only endorse brands they actually use, for example Dunkin’ and Invisalign. According to D’Amelio, he and his wife, Heidi, constantly aim to find a balance between helping their kids pursue social media opportunities without pushing them past their limits.

When asked what he’ll do when Charli and Dixie stop wanting to pursue TikTok and other social media content, D’Amelio said he encourages them now to explore other interests outside of influencing to prepare them for the next stage of their career.

“[Social media] is about creating an opportunity for my kids to figure out what they want to do,” he said. “I don’t foresee them being TikTokers for the next decade. D’Amelio cited, for example, how Charli has pursued music and performing on the show Dancing with the Stars. “For me, it’s all about understanding that this isn’t gonna last forever and taking advantage of the opportunity and making sure that they can find out what makes them happy.”

Part of setting them up for long-term success is growing the family’s brands, according to D’Amelio. The family announced last year D’Amelio Brands, which already has an $100 million valuation pre-launch and pre-employee. The business will allow the D’Amelio family to create a conglomerate of clothing lines, shoe brands, and cosmetic companies—much like the Kardashian family, who have amassed hundreds of millions of dollars with their own empire of brands.

When asked what the key is to marketing to Gen Z, D’Amelio was quick to point out that this generation of teenagers is drawn to authenticity. “Nowadays it’s 100% authenticity,” he said. “That is what is so cool about TikTok, and I think why it grew so quickly—because it’s so personal.”

The right way to Make a Butter Board

Germany and the E.U. each have multi-year plans to chop their reliance on Russian...