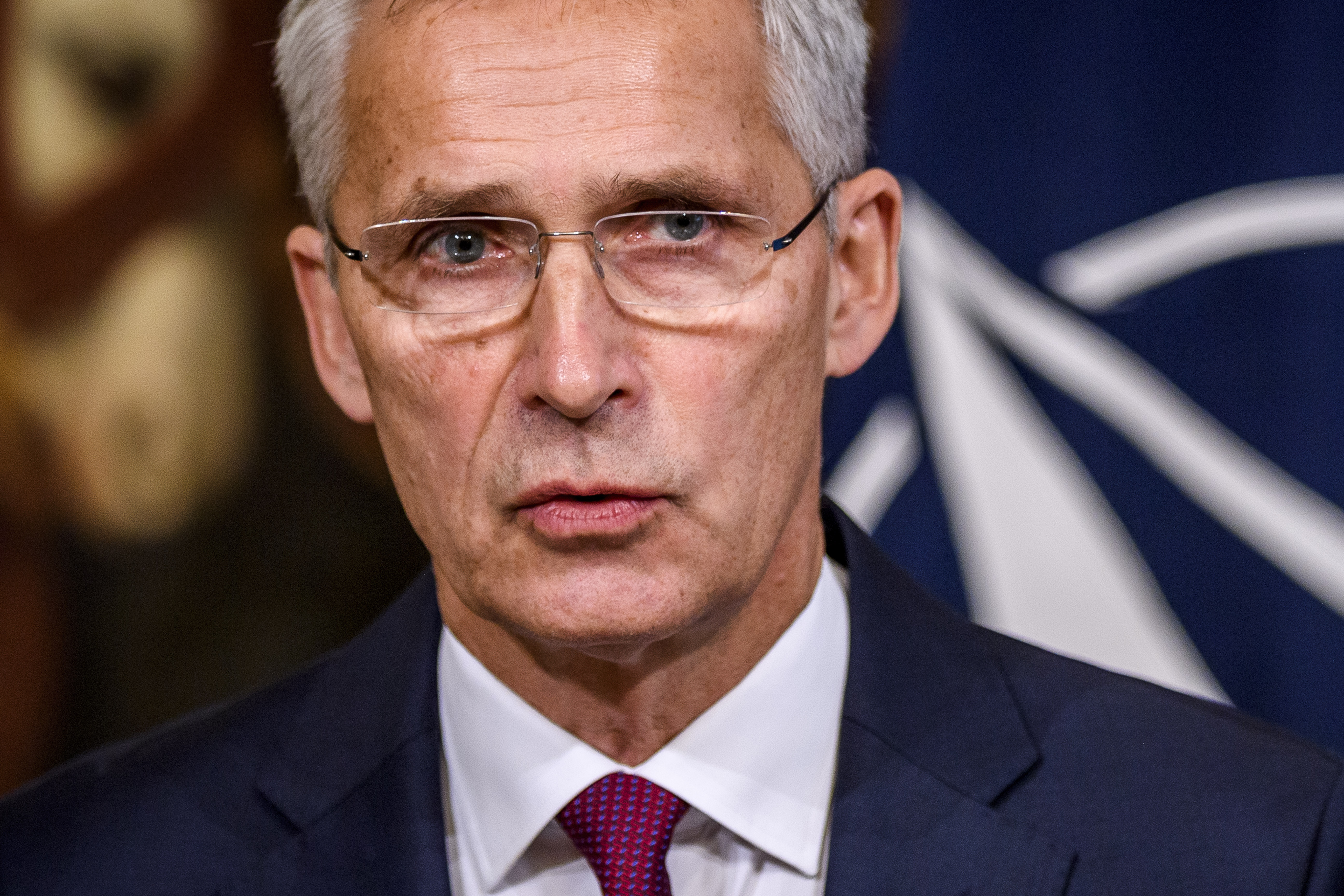 Poland, a NATO member, was hit by two Russian missiles killing two people, according to an unidentified US intelligence official cited by the Associated Press.

The strike was also reported by the Zet radio network in Poland, which said stray rockets fell about 4 miles (6 kilometers) from Poland’s border with Ukraine. Prime Minister Mateusz Morawiecki convened an extraordinary meeting of the National Security Committee following the reports, government spokesman Piotr Muller said on Twitter, declining to give an exact reasons for meeting and referring to “unconfirmed information.”

Russia’s defense ministry said the reports were a provocation and denied that its military had aimed missiles at targets near to the border with Poland.

The dollar rose, with the Bloomberg dollar index up 0.1% on the day after earlier dropping as much as 1.1%, while the euro dropped 0.2%. The Polish zloty dropped more than 1%.

Latvia’s defense minister, Artis Pabriks, said in a Bloomberg Television interview that he had received information about the incident from several sources, including the Polish authorities and his government was seeking more confirmation of what had happened.

“Latvia will support if Poland will require consultations under the NATO article 4,” he said. “The next steps in my view if this is fully confirmed should be a much more serious discussion about air defense systems, and in my view closing at least part of the Ukrainian sky.”

Under NATO’s article 4, alliance members can raise any issue of concern related to national security to discuss among representatives of the NATO member states prior to taking any action.

Earlier on Tuesday, a barrage of missile attacks targeted Kyiv and other locations across Ukraine, hitting civilians and critical infrastructure in what authorities said was the broadest such assault since the Russian invasion in February. Ukraine’s air-defense forces said that around 100 missiles were launched, exceeding the number from Oct. 10, when a broad missile attack hit Ukrainian settlements across the country and leveled infrastructure.

The missiles landing in Ukraine knocked out power for some 7 million households across much of the country, Kyrylo Tymoshenko, the Ukrainian president’s deputy chief of staff, said in televised comments.

Ukrainian President Volodymyr Zelenskiy had earlier spoken via videolink to Group of 20 leaders gathered at a summit in Indonesia and demanded that Russian troops make a complete withdrawal before peace talks can take place.

NATO Secretary General Jens Stoltenberg has previously warned about the possibility for accidents from the war in Ukraine to spill over into alliance territory, stressing the importance of military communication channels with Russia to prevent misunderstandings from spiraling out of control.

“When we see more military activities, when we see actually fighting going on close to NATO borders, there’s always a risk,” Stoltenberg said in March.

It’s not the first time since Russia invaded Ukraine in February that stray objects have entered into NATO airspace. In March, a six-ton unmanned reconnaissance drone streaked across eastern Europe from war-ravaged Ukraine and crashed in the Croatian capital of Zagreb.

–With assistance from Gregory L. White and Andrea Dudik.

Kanye West needed his Yeezy clothes assortment at Hole priced at $20, not $200

#CrediTalk: Getting Into The Particulars of Liver Transplant

What Is Infertility? Does Age Play a Position In It?

The science behind why you want a interest to spice up your mind well...

5 Indicators You Must Take a Relaxation