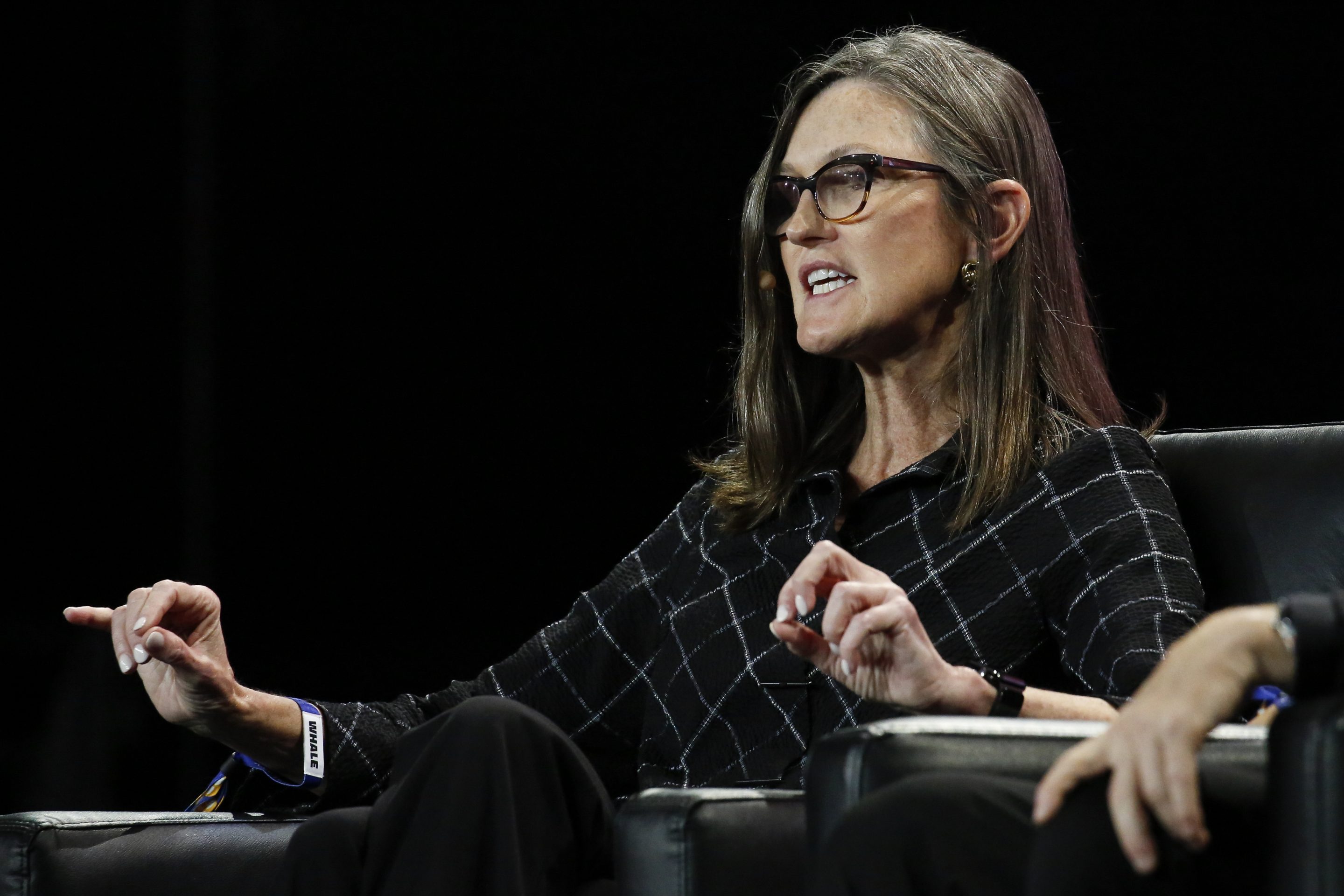 Cathie Wood is keeping the faith. While many investors are fleeing Tesla and the crypto space, the Ark Invest CEO remains optimistic about the long-term value of Tesla, Bitcoin, and cryptocurrency exchange Coinbase—all hammered this year—and is investing accordingly.

This week, Ark Investment Management funds bought nearly 75,000 shares of Tesla, close to 300,000 of Coinbase, and more than 315,000 of the beleaguered Grayscale Bitcoin Trust, according to Bloomberg.

Such investments are not for the faint of heart. Tesla shares have fallen about 61% from their peak late last year. Coinbase shares fell to an all-time low this week, down more than 80% for the year. And Bitcoin, the largest cryptocurrency, has shed more than 60% of its value this year.

To be sure, not everyone is sold on Wood’s optimism. As the Wall Street Journal reported this week, even many investors in the flagship ARK Innovation ETF are losing their conviction. Shares in that fund are down about 60% this year.

But even with the recent FTX collapse, which shook investors’ faith in all things crypto, “our conviction in the underlying public blockchain infrastructure, which continues to operate as designed, has only increased,” said Frank Downing, a ARK research director, in a video the firm posted to Twitter this month.

On Saturday, Wood tweeted, “The Bitcoin blockchain didn’t skip a beat during the crisis caused by opaque centralized players. No wonder Sam Bankman Fried didn’t like Bitcoin: It’s transparent and decentralized. He couldn’t control it.”

Her firm also shared data on Bitcoin trading showing that the supply of the cryptocurrency held by long-term holders remained flat during November, indicating those investors have a “long term focus and high conviction” despite the turmoil. In a Bloomberg interview last month, she reiterated her prediction Bitcoin would hit $1 million by 2030 (it’s now below $17,000), and said it’s “coming out of this smelling like a rose.”

As for Coinbase, she said the uncertainty surrounding FTX could actually help it.

“This is an onshore, regulated company,” noted Wood in an interview with Bloomberg last month. “I think that Coinbase is going to come out here looking very, very strong. It just lost a very big competitor in FTX.”

Coinbase CEO Brian Armstrong, speaking at a crypto event a few weeks ago after the collapse, argued that Coinbase is a publicly traded company, and thus far more transparent than FTX.

“You can read our financial statements,” Armstrong said. “They’re audited by a third party, you don’t have to trust us. All the customer funds are segregated. We don’t invest any customer funds without their explicit direction.”

This week Mazars, a French accounting firm, halted its work vouching for assets held in reserve by cryptocurrency exchange Binance and other players in the space. Crypto firms have been unable to sign deals with Big Four accounting firms as they’ve sought to boost their credibility amid the FTX fallout.

Wood also reiterated recently that she isn’t worried about Tesla. This week, a major shareholder called for a new CEO to replace Elon Musk, who he argued is too distracted by reshaping Twitter to do the job right.

According to recent research from S&P Global Mobility, more carmakers will pile into the EV space with lower-priced alternatives—especially with models costing less than $50,000, “where Tesla does not yet truly compete.” Tesla’s EV market share will fall below 20% by 2025, down from 65% this year (through the third quarter), it predicted.

But Tesla is “grabbing a disproportionate share, and will continue to do so, of a market that we think by 2027 will account for 85% to 95% of all cars sold in the world,” she told Bloomberg. “That’s on automatic pilot.”

Amid the doubts about her investments and strategy, Wood recently tweeted that the companies in her fund are “sacrificing short-term profitability for exponential and highly profitable long term growth.”

How Free Clinics Save The Lives of Many – Credihealth Weblog

Voyager Digital clients are handed a potential lifeline led by FTX after greater than...