Better Tomorrow
Home Wealth In contrast to Washington, Andreessen Horowitz has a plan to push ahead... 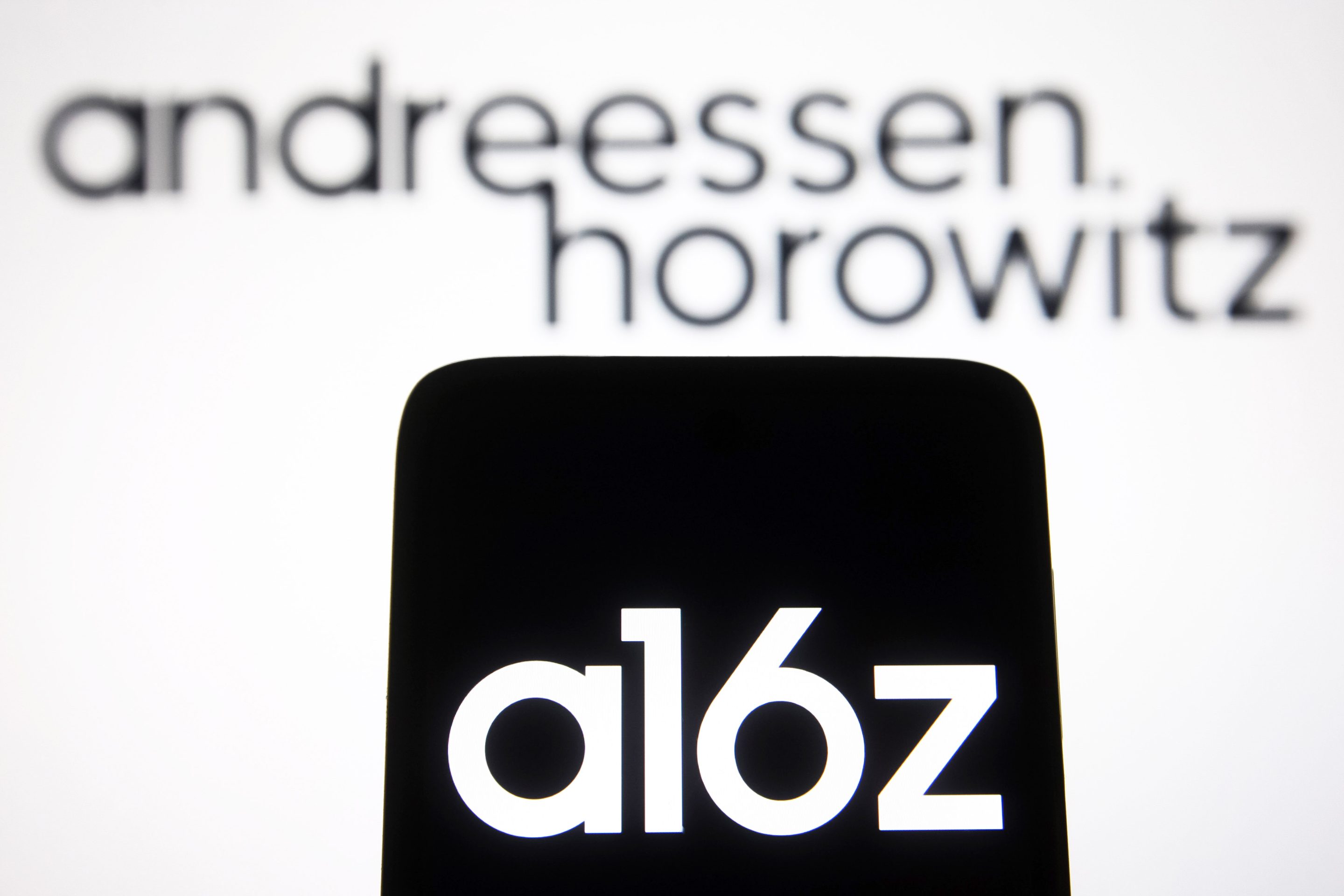 To put it lightly, he began his new role at a turbulent time. On Nov. 2, CoinDesk published the balance sheet for Alameda Research, setting into motion the collapse of not only FTX and Sam Bankman-Fried, but also years of lobbying efforts from the crypto industry.

Although a16z did not have direct exposure to FTX, the firm’s hasn’t been immune to Crypto Winter. As Fortune detailed in a recent report, a16z in March purchased a large stake in Yuga Labs, creator of Bored Ape NFTs. Since then, the overall NFT market has cratered as much as 97%. Additionally, the Securities and Exchange Commission reportedly began an investigation into whether Yuga Labs offers unregistered securities, highlighting the regulatory uncertainty swirling around crypto.

And according to the Wall Street Journal, a16z’s crypto fund has lost 40% of value in the first half of this year.

As the crypto industry finds its footing in the post-FTX world, a16z is positioning itself at the center of the conversation in Washington through hires like McCune and Brian Quintenz, a former commissioner for the Commodity Futures Trading Commission.

Fortune spoke with McCune on Friday, at the end of a chaotic week that saw Sam Bankman-Fried’s  arrest and congressional hearings held by both the Senate and McCune’s old employer, the House Financial Services Committee, which has led bipartisan discussions on possible crypto legislation.

This interview has been edited for length and clarity.

We had two very different hearings this week in the House and the Senate. What were your takeaways?

First and foremost, the FTX situation is obviously a terrible situation. It’s clear that the industry is going to have to build back some trust here. But I think it’s important to remember, and this is what you’ve really heard from both sides of the aisle and both hearings, that this isn’t unique to crypto. What’s been reported on over the last month has shown that this seems to be a classic case of fraud. What you saw from the House hearing, particularly with [FTX CEO] John Ray as a witness, was much of the same.

Collectively, what I heard from Democrats and Republicans was that there is a need for clear regulation in the U.S. Thoughtful and clear regulatory guidance will protect retail investors and give a more precise direction to builders who want to follow the right path. I also think that there is obviously more work to be done on the education front.

There are some members that are pretty sure and have made up their mind on this. But also, the members that were able to sort of take the time to understand the technology and were able to speak with nuance—it’s really easy to take a collapse like this and to generalize and denounce, but it’s much more difficult to learn, understand, and speak about what is and what isn’t.

This is a complicated issue. Both hearings were about figuring out what happened and ultimately about trying to protect consumers. The key piece here is what happened to the customers. What I saw was Democrats and Republicans trying to get to the bottom of how we can ensure that this protects consumers in the future.

You wrote a Twitter thread earlier this week where you said FTX was a case of fraud, not a failure of technology. But at the same time, in both hearings, there was a good deal of skepticism expressed by lawmakers. It will be hard for the crypto industry to shake that association with FTX. How can the industry convince lawmakers that it’s much more than Sam Bankman-Fried, who for many people was the face of crypto in Washington?

It’s going to be a challenge. What crypto advocacy has looked like over the past several years has been a strong push on education. Clearly, we’re going to have to continue down that path. There are some lawmakers that have made up their minds. The difference here is, in the collapse of FTX, crypto has gone from being more of an elective for folks towards something that has to be addressed. Members are going to be forced towards the table on legislation. At that point, it will be up to us, and also the broader crypto advocates, to make sure that we’re getting the right things in front of people to make sure that they really understand the differences in technology.

I do think that it was reflected by pretty much every lawmaker that there is a need for regulation, but there is a disagreement on what it might look like. It might mean not actually passing new laws but working within existing frameworks. Then for someone like Sen. Elizabeth Warren, it’s a new bill that a lot of the crypto industry finds unsuitable. How do you take that broader need for regulation and narrow it down into something lawmakers can actually agree on?

First and foremost, there have been a number of quality proposals that have been put forth and that are bipartisan nature over the last two years—everything from market structure bills to things like stablecoins. We have to continue to build on that bipartisanship. Trying to bridge that gap is obviously a very difficult thing. Legislating is hard. But when you have champions in a bipartisan way, it starts within the actual lawmaker circles versus only coming from the outside. We are an accompaniment to the way that legislation is effectuated and changed.

What many have tried to do is lead with something like stablecoins—something that is a little bit more bipartisan. Obviously, there are snags, and the devil is in the details, but if there can be movement on something that has broad agreement that should exist, which I think there is, that can be a bellwether for the rest of crypto legislation.

When you said coming from the outside, do you mean people like you?

The broader community. It’s helpful for lawmakers to hear from people who have government experience and talk the talk. But I also think it’s incredibly critical for people to hear from the Web3 industry, particularly if they’re in their district or in their state, and they’re creating new things. Hopefully we can be one piece of that puzzle.

How do you think the collapse of FTX has affected the appetite for legislation among lawmakers, and for what type of regulation?

It’s clear that crypto legislation is now at the forefront of policymakers’ minds. Overall, that’s a positive. But it’s vital that we continue to work with policymakers to ensure that policy strikes the right balance of providing protections for consumers, not stifling innovation, and obviously not stifling the future of Web3’s promise.

The FTX collapse is tragic. But, ironically, its failures were not Web3 failures. They resulted from centralized structures. It strengthens the case for DeFi and Web3 more generally. This shows the importance of putting everything on chain in a transparent way without depending on one centralized actor to make the decisions.

You’re coming into this role having worked for the ranking member for House Financial Services, who will become the chair in the next congressional session. How do you think the shift in leadership is going to impact legislation?

It’s always difficult to legislate in a meaningful way in a divided government. That poses its own inherent challenges. But having a champion leading one of the primary committees in the House will be a critical aspect. There’s some bipartisan consensus, particularly in the Financial Services Committee, but also plenty of other committees that will help drive the conversation.

There was a striking contrast of knowledge about crypto expressed by lawmakers. Taking on your new role at a16z, do you have a message for your portfolio companies on how they should be approaching outreach to lawmakers?

People that don’t have context for D.C. are generally pretty afraid of D.C. The culture isn’t always welcoming, because they’re worried they’re going to say something wrong. One of the things that I have been trying to encourage people to do is get out there and talk to your members. Explain the situation and what you’re trying to build. By and large, particularly from a lawmaker perspective, they’re usually very open to hearing about cool new things that are coming and how they can improve the lives of everyday Americans.

Particularly in the tech space, when you’re talking about issues that can be complex, you have to find a bridge into the knowledge gap there. It’s almost like speaking two different languages. One of the ways that I’ve found to be successful is talking through either gaming or NFTs. There is a pathway there by which people can understand the tangible aspects. That has been a lightbulb moment for some members.

It’s clear that regulatory uncertainty around topics like securities hurts a16z’s own interests. What are your priorities coming into this new role?

I came to this role because Web3 is at a critical moment. The last few months have been really tough. My main focus is highlighting the huge number of Web3-based projects that are improving the internet, and I view my role as a bridge between the Web3 community and Washington, frankly.

I think a16z is well-regarded in the Web3 community. As they expand their reach into Washington, it’s helping build coalitions from the outside that can make some complex issues simple for lawmakers. The other thing is being able to effectively communicate on a regular basis with key staffers and lawmakers as well.

There’s a really strong Web3 community in Washington, D.C. We are one piece of that puzzle, and we are uniquely positioned with our broad depth of technologists to help explain what needs to be explained.

Searching for Present Playing cards for Academics? Right here Are Their Favorites