The former Pope Benedict, who in 2013 became the first pontiff in 600 years to resign from his post rather than rule for life, has died in Rome at the age of 95.

Benedict, formally known as the Pope emeritus, became the first German Pope in 1,000 years when he was elected to the Papacy in April 2005 following the death of the popular Pope John Paul II.

Previously known as Cardinal Joseph Ratzinger, Benedict had until then been the head of the powerful Congregation for the Doctrine of the Faith, which set guidelines for the world’s 1.3bn Catholics. He was seen by cardinals as a safe pair of hands who could ensure continuity after the long reign of his predecessor.

But Benedict, a scholarly theological conservative, stunned cardinals and church followers when in February 2013, after less than nine years in power, he announced that he was standing down from the Papacy, declaring that he lacked the physical strength for the job.

At the time the Catholic church was beset by scandals, including revelations of widespread sexual abuse of children to which the church had previously failed to respond decisively.

Pope Francis has been respectful of his predecessor, despite the notable differences in their ideology and style.

Benedict was described by his critics as “God’s Rottweiler” for his tough disciplining of Latin American priests who had embraced leftist-oriented liberation theology and as Pope he was known for displaying traditional splendour.

His successor Francis was known for his intense focus on the poor and most needy elements of Argentine society during his time as archbishop of Buenos Aires, and has continued his modest style since becoming Pope.

Though Benedict pledged to maintain a low profile after his retirement, he wrote books and gave interviews from his residence in a former convent within the Vatican, and became a focal point for church conservatives uncomfortable with Francis’ reforms. 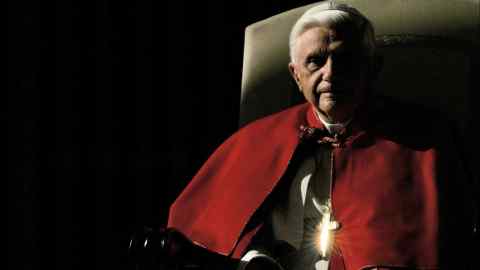 But Francis praised his predecessor, describing him as akin to having a grandfather on the premises.

Several days ago, Francis called for special prayers for the ailing Pope emeritus.

“He is very sick, asking the Lord to sustain him in this witness of love for the church until the very end,” Francis said on Wednesday in an unexpected comment at the end of his weekly general audience.

The Vatican confirmed Benedict’s death in a statement released on Saturday morning. He will lie in state in St Peter’s Basilica in the Vatican from Monday; the funeral will take place on Thursday and will be presided over by Pope Francis.

Italy’s prime minister Giorgia Meloni said Benedict was “a giant of faith and reason”. “He put his life at the service of the church,” she said.

The ten Greatest Dumbbell Workouts to Hit Your Lats

What’s going to it take to be bottoms up for Bordeaux?

When must you seek the advice of a health care provider about your piles?...