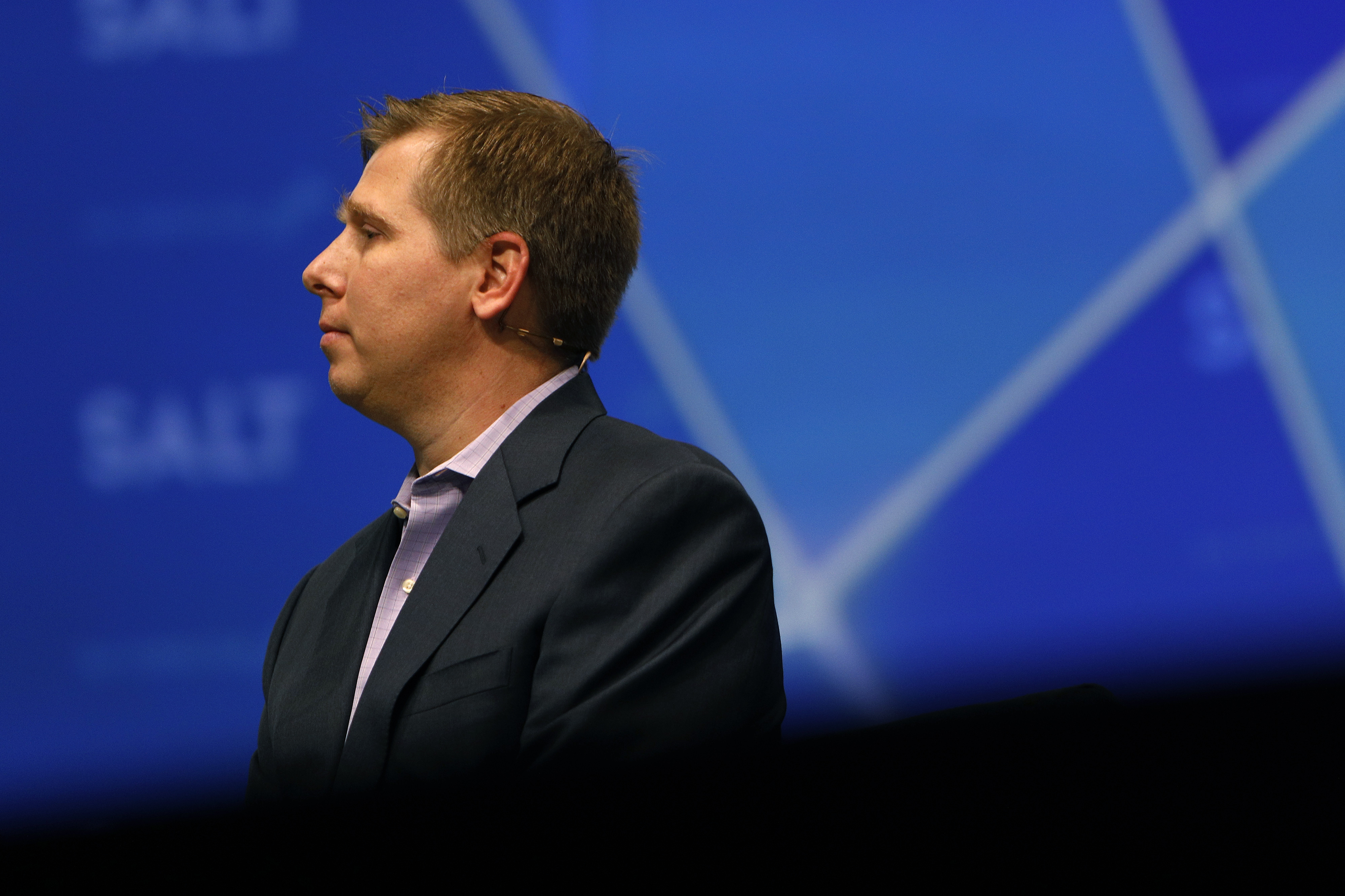 Barry Silbert wants crypto investors suffering from a string of scandals to know that life has been hard for him, too.

Amid calls for his resignation as CEO, the founder of crypto empire Digital Currency Group said he misses the rush he once got “fighting in the trenches” alongside others in the community for greater legitimacy of virtual coins and tokens.

“I have fond memories of the early days of our industry,” he reminisced Tuesday in a letter to DCG shareholders, in which he pledged it would emerge “a stronger company” in the new year.

All things end, however, and so too did Silbert’s winning streak.

The intoxicating tsunami of central bank liquidity that carried aloft the dodgiest of risk assets came crashing down after the Fed switched off its printing press early last year. Tokens and coins have since collapsed while the value of crypto stocks like Coinbase effectively evaporated, overnight alongside other growth names like Tesla.

With the bursting of the bubble, the winds that were once at Silbert’s back have abruptly changed direction for the billionaire entrepreneur.

“This past year has been the most difficult of my life,” he wrote, “both personally and professionally.”

Silbert urged investors to pull together in the new year, arguing it was time to end the endless bickering and in-fighting over who exactly was to blame for the string of crypto scandals.

“Looking ahead to 2023 and beyond, the industry has a lot of hard work to do to re-establish its credibility and reputation, which have been all but destroyed by a wave of unprecedented fraud and criminal behavior unlike anything I’ve seen in my career,” he wrote.

No reason to believe he’s under investigation

The letter comes after Cameron Winklevoss, president of crypto exchange Gemini, penned on Tuesday an extensive account of the fraud he believes occurred at holding company DCG and its crypto lending and brokerage subsidiary Genesis following the collapse of creditor Three Arrows Capital (3AC).

The latter’s liquidation left Silbert’s empire with unrecovered debts amounting to $1.2 billion that had to be transferred from Genesis to DCG in order to keep the operating company solvent.

Instead of restructuring Genesis in bankruptcy court, Winklevoss claimed Silbert tried to patch over the loss through some highly dubious accounting tricks—suggesting that the sinkhole in Genesis’s balance sheet had been filled without the injection of additional money in the form of loss-absorbing equity capital.

Silbert accomplished this through DCG’s issuance of a $1.1 billion promissory note to Genesis due in 2032, essentially an intercompany loan the holding company took out from its subsidiary.

The beleaguered entrepreneur didn’t deny its existence. Instead Silbert explained this financing deal—in which his subsidiary swapped assets in the form of legal claims on the insolvency estate of 3AC in exchange for an IOU from DCG first payable in ten years—had been recommended by financial and legal advisors.

The DCG founder stated he has “no knowledge of or reason to believe” that there is an investigation into the matter by New York district prosecutors, as reported by Bloomberg last week.

Addressing a few of the underlying accusations of fraud leveled by Winklevoss—but not others—the Silbert said his holding company contributed roughly $340 million in fresh equity to Genesis following 3AC’s collapse.

“It has been challenging to have my integrity and good intentions questioned after spending a decade pouring everything into this company and the space with an unrelenting focus on doing things the right way,” the CEO wrote in response to his detractors.

Legendary investor Jeremy Grantham says shares might plunge one other 25%

A cakeist manifesto: allow us to eat what we wish