Genesis and its owner, SoftBank-backed crypto conglomerate Digital Currency Group, have been in negotiations with creditors since mid-November.

“An in-court restructuring presents the most effective avenue through which to preserve assets and create the best possible outcome for all Genesis stakeholders,” said Genesis interim chief executive Derar Islim. “We deeply appreciate our clients’ ongoing patience and partnership as we work towards an equitable solution.”

Genesis owes creditors more than $3bn, the Financial Times previously reported, including $900mn to customers of Gemini, the crypto exchange of Cameron and Tyler Winklevoss, and €280mn to Dutch exchange Bitvavo.

In its Chapter 11 documents, filed with the bankruptcy court for the Southern District of New York, Genesis and an Asia-Pacific subsidiary each listed assets and liabilities in the range of $100mn-$500mn. Genesis Global Capital, another subsidiary, listed an asset and liability range of $1bn-$10bn, as well as more than 100,000 creditors.

Genesis said it has more than $150mn in cash on hand, which will provide liquidity to support its business operations and facilitate the restructuring process.

Moelis & Company is acting as financial adviser to the crypto broker, Cleary Gottlieb Steen & Hamilton is acting as legal counsel and Alvarez & Marsal is serving as restructuring adviser, said Genesis.

Genesis was one of the biggest lenders to FTX, the $32bn crypto exchange that itself filed for bankruptcy in November. Genesis halted customer withdrawals in November following the crash at FTX, whose founder Bankman-Fried has pleaded not guilty to criminal fraud charges.

FTX’s unravelling was the latest high-profile failure to send shockwaves through the digital asset sector. The value of bitcoin, the most popular token in the industry, is down almost 70 per cent from its high of nearly $70,000 in November 2021.

Genesis’s owner Digital Currency Group, which is backed by investors including SoftBank, Singapore’s GIC and Alphabet’s venture arm CapitalG, had been searching for outside funding since tensions with creditors burst open this month.

The group is locked in a dispute with the Winklevoss twins, whose Gemini exchange used Genesis in its crypto asset lending programme. Cameron Winklevoss has called for DCG’s board to sack its chief executive Barry Silbert, saying he was “unfit” to run the group. 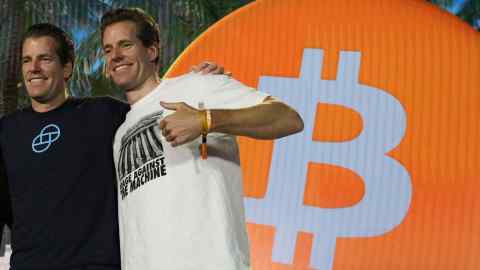 Last week, the US Securities and Exchange Commission sued Genesis and Gemini over the lending programme, saying it was not properly registered as a securities offering.

Gemini ended the programme earlier this month, but retail investors, who loaned their crypto tokens to Genesis in exchange for interest rates as high as 8 per cent, remain unable to make withdrawals, according to the regulator.

‘I think about it a win’: Jennifer Siebel Newsom on California’s ladies on boards...

Figaro Olive Oil makes use of for child and their Well being Advantages. –...

Earth’s ‘doomsday glacier’ is holding on ‘by its fingernails,’ scientists say